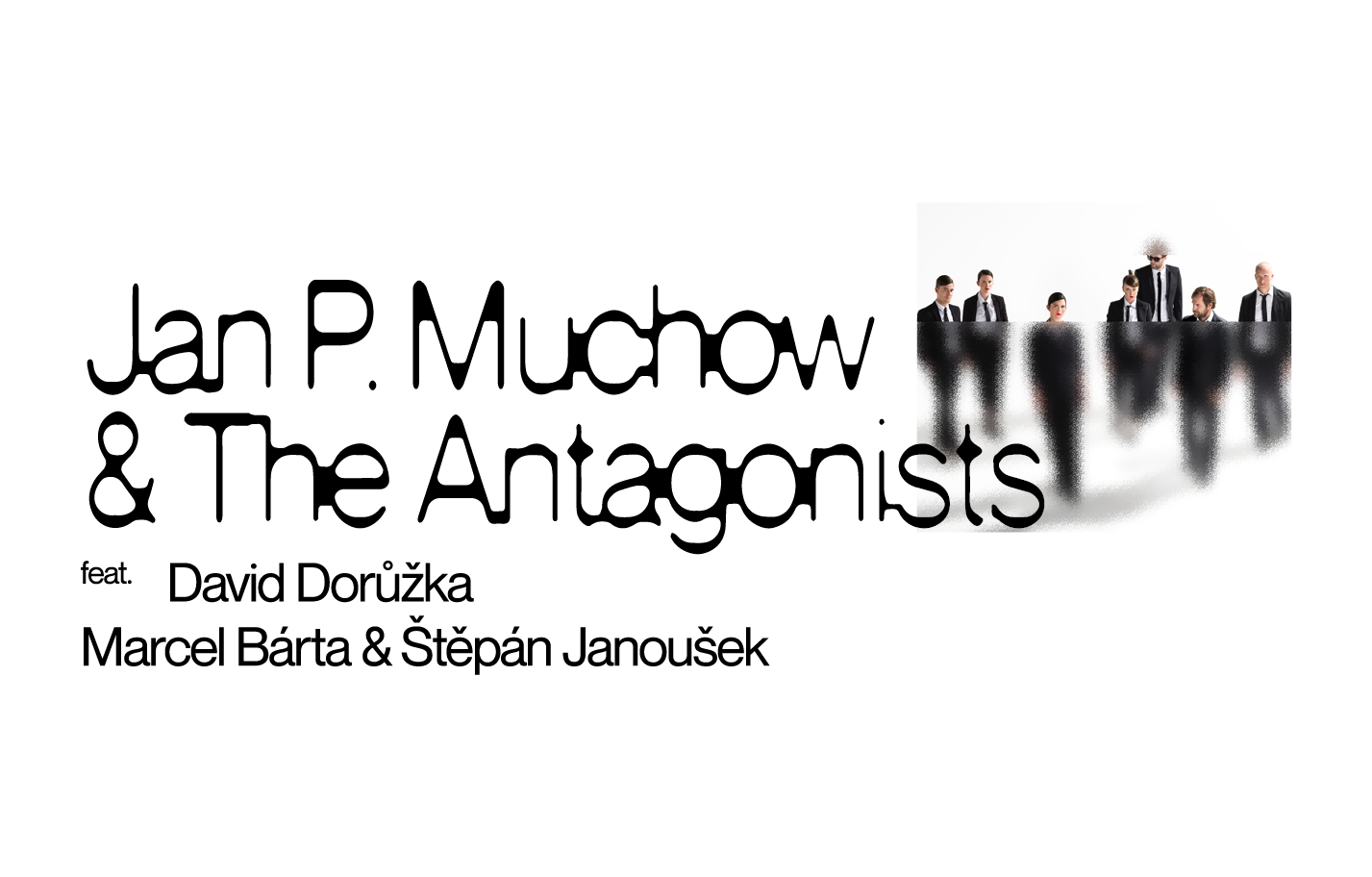 The 16th International American Spring Music Festival will present the Jan P. Muchow and The Antagonists project on October 21 in La Fabrika, to which he invited prominent personalities of the Czech jazz scene, David Dorůžka, Marcel Bárta and Štěpán Janoušek.

Muchow, author of film music for more than 30 feature films, as a “protagonist”, supported by six “antagonists”: Ema Brabcová (Luno, Khoiba), Václav Havelka (Please The Trees), Marek Doubrava (Hm…, ex Tatabojs), Jan Janečka (Southpaw, Republic Of Two, Luno), Marie Dorazilová (PKF – Prague Philharmonic, Krása Quartet) and Jenovéfa Boková will play original copyrighted musical themes and songs from Czech and foreign films, which Muchow has composed over the last 20 years. It will be a unique opportunity to hear live performances such as ‘Lucky Boy’ (the film Samotáři), the dark ballad ‘Lay Down’ (Ve stínu), ‘Cowboy Of The River’ (Teorie tygra) or the western ‘Out Of Shadows’ from the Polish film Yuma. And not only these, but also works from the films Normal, Grandhotel, Václav, Jedna ruka netleská, Muži v naděje, My2, Krásno and others.

Thanks to his film role in the film Whisper (Šeptej), Jan P. Muchow became a symbol of one generation. As a member of The Ecstasy Of Saint Theresa, he wrote the history of Czech music when he and his band released records for an English label and scored in the English charts. Their clips were rotated on MTV and recorded with legendary DJ John Peel for the BBC. He later became a sought-after music producer (Kryštof, Načeva, Barbora Poláková, Charlie Straight, Anna K., Priessnitz, Tatabojs, Lake Malawi and others). The single ‘English Summer Rain’ by the English group Placebo contains Muchow’s remix. As a member of the group Umakart, he was behind the comeback of Václav Neckář, for whom he composed the song ‘Půlnoční’ with his colleagues. In 1996, he composed music for a feature film for the first time.

He was nominated for the Czech Lion for Best Music Award nine times for his film work and won the award four times. In addition, he was recognized by the Czech Film Critics Award and the Slovak Film Academy the Slnko v sieti (Sun in the Net) Award for his film music. In this respect, he is by far the most successful contemporary domestic composer of film music, and on October 21 at the La Fabrika, there will be an exceptional opportunity – as the author says – to see music and listen to films.

This website uses cookies to improve your experience while you navigate through the website. Out of these cookies, the cookies that are categorized as necessary are stored on your browser as they are essential for the working of basic functionalities of the website. We also use third-party cookies that help us analyze and understand how you use this website. These cookies will be stored in your browser only with your consent. You also have the option to opt-out of these cookies. But opting out of some of these cookies may have an effect on your browsing experience.
Necessary Always Enabled
Necessary cookies are absolutely essential for the website to function properly. This category only includes cookies that ensures basic functionalities and security features of the website. These cookies do not store any personal information.
Non-necessary
Any cookies that may not be particularly necessary for the website to function and is used specifically to collect user personal data via analytics, ads, other embedded contents are termed as non-necessary cookies. It is mandatory to procure user consent prior to running these cookies on your website.
SAVE & ACCEPT